The Roman Theatre (Teatro Romano) is a wonderfully preserved structure in Malaga that dates to the Roman Empire.

The theatre was built in the first century AD but wasn't uncovered until 1951. 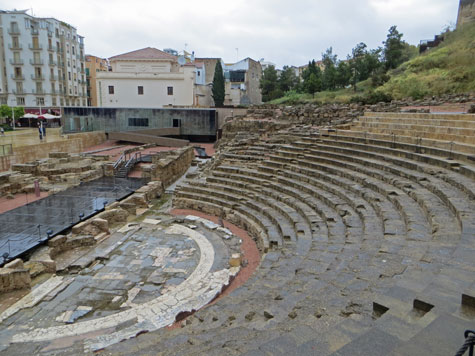 Today, the Roman Theatre is occasionally used for live entertainment.

Visitors to Malaga Spain can explore this ancient ruin near the Malaga Museum in the city centre.