The bullring in Malaga Spain is located in the eastern district of the city between the cruise port and Gibralfaro Castle.

Completed in 1876, the facility seats over 9,000 spectators. It contains holding pens, stables, dressing rooms and even a museum. 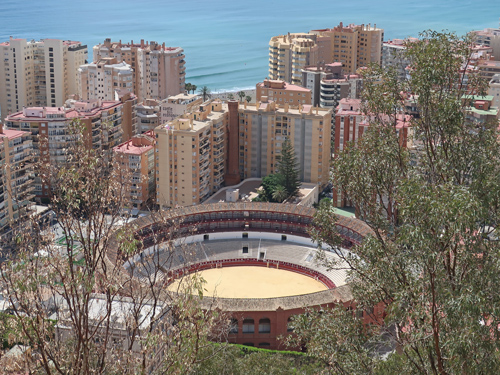 The final bullfight of the season is held in September.